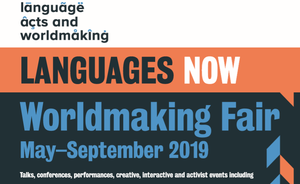 You're invited to our Worldmaking Fair

Language Acts and Worldmaking is pleased to announce the launch of its Worldmaking Fair, a season of events on the theme of 'Languages Now' including talks, conferences, performances, creative, interactive and activist events taking place all over London from May to September 2019.

Beginning 2 May, the season includes a variety of events including 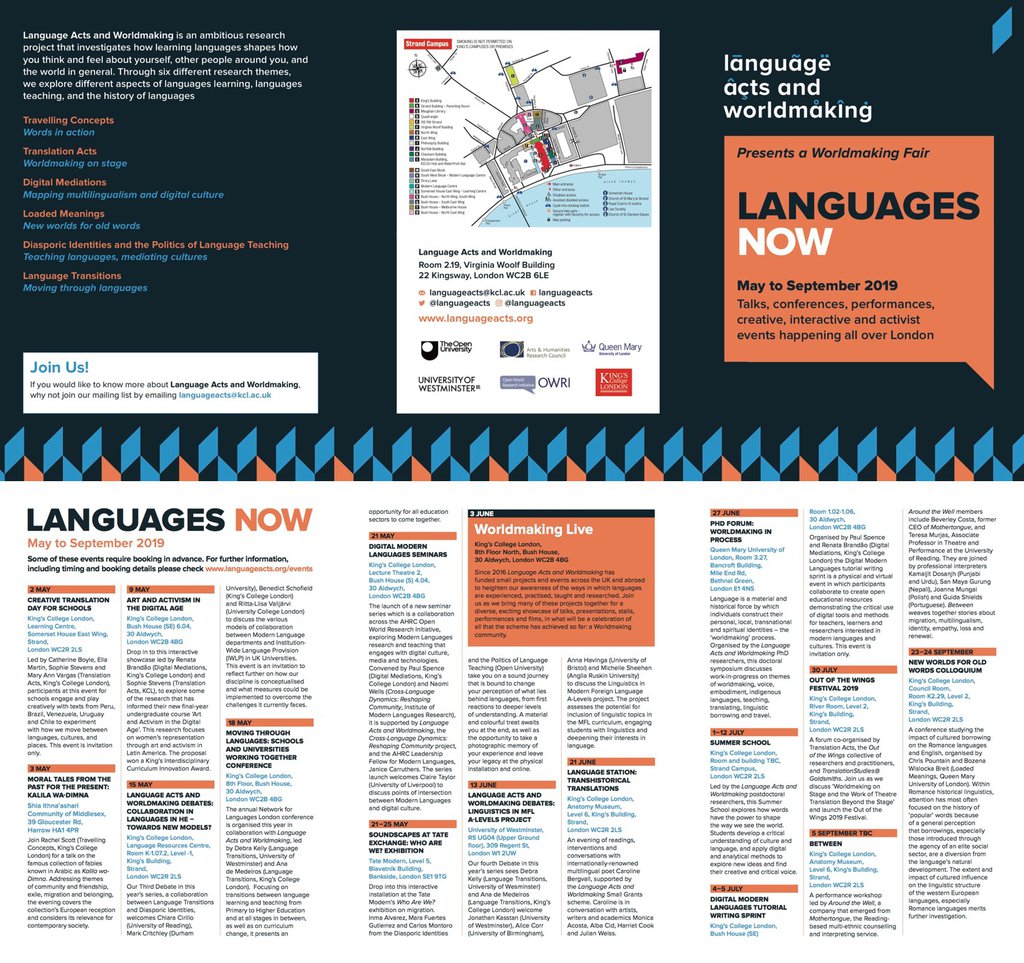 Language Acts and Worldmaking is Language Acts and Worldmaking is an Arts and Humanities Research Council Open World Research Initiative flagship project. It aims to regenerate and transform Modern Languages learning, teaching and research by foregrounding language's power to shape how we think and feel about ourselves, other people around us, and the world in general. Involving colleagues from King’s College London, the Open University, Queen Mary University of London and the University of Westminster, our six different research strands are Travelling Concepts, Translation Acts, Digital Mediations, Loaded Meanings, Diasporic Identities and the Politics of Language Teaching, and Language Transitions.