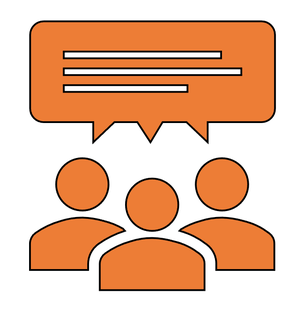 As part of the work conducted in the context of the Language Acts and Worldmaking project, Dr Inma Álvarez and Dr Mara Fuertes-Gutiérrez, jointly with Dr Zsuzsanna Bárkányi (The Open University) and Antonio Infante (University of York), have developed a course aimed at teachers of Spanish working in the United Kingdom who wish to extend their theoretical understanding of teaching Spanish pronunciation, but also offering practical ideas to implement in the classroom. This is an aspect of language learning traditionally overlooked in the materials, due to the extended idea of Spanish being a phonetic language which pronunciation does not need to be taught (e.g. Poch Olivé, 2004).

In relation to this, one study conducted by the strand identified gaps between theoretical linguistics and what happens in the language classroom (Bárkányi and Fuertes, 2019). In addition, there is informal evidence, via the monitoring of the feedback provided by language teachers in speaking assignments, that they lack confidence on how to advise their students on certain aspects of the learning in the area of pronunciation. This course aims at closing that gap and developing language teachers’ confidence when teaching this content to their students.

Research shows that pronunciation is active not only when speaking aloud, but when reading, listening, writing or even remembering. Pronunciation also has been identified as having a strong impact on language learners’ self-esteem (Underhill 2010; Rao 2019). In fact, in recent times, several methods and activities to teach Spanish pronunciation have been suggested (Gil Fernández, 2012; Rao, 2019), however the implementation of these in the classroom is yet to come.

This resource presents an invitation to teachers to reflect on how a comparison between the Spanish and the British English pronunciation systems can support the teaching of Spanish pronunciation to anglophones. This contrastive approach assumes that languages previously known by learners are usually employed by them as a starting point or a compensation strategy. It is worth noting, though, that, in contrast with the works developed under the postulates of the behaviourist and structuralist theory known as contrastive analysis (Lado, 1957), this resource draws from state-of-the-art research into the field to compare both positive and negative transfers between English and Spanish, introducing key phonetic and phonological concepts and showing its relevance for teaching pronunciation.

Link to the course: https://www.open.edu/openlearncreate/course/view.php?id=4109