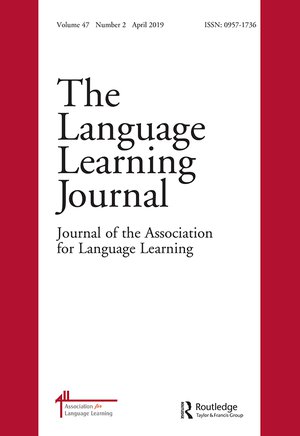 Language Acts and Worldmaking is excited to announce that a new article, co-authored by Inma Álvarez, Carlos Montoro, Ana de Medeiros, Debra Kelly and Alice Hazard, from the Diasporic Identities and the Politics and Language Teaching and the Language Transitions strands of the project, has just been published.

This article reports on the findings of a pioneering study of formal, non-formal and informal language learning experiences of postgraduate research students in the UK. The research involved a large-scale survey followed by semi-structured interviews. Quantitative and qualitative data analysis shows that the language needs and interests of postgraduate students are barely met due to limited institutional provision of formal language learning opportunities. The study confirms some known facts, such as the composition of the student body (e.g. mostly young, fully-funded full-time students with a significant proportion of international students), and reveals other possibly less-known realities, from a remarkable interest in language learning among research students to the reasons for their interest and the potential impact greater access to language learning could have on their research and beyond. Half of the respondents reported having funded provision of language tuition but one third were not even aware of the existence of a Language Centre at their institution. Student suggestions for alternative language provision are included as these can inform policy and decision-making at postgraduate level in the UK and serve as a basis for further research in this area.