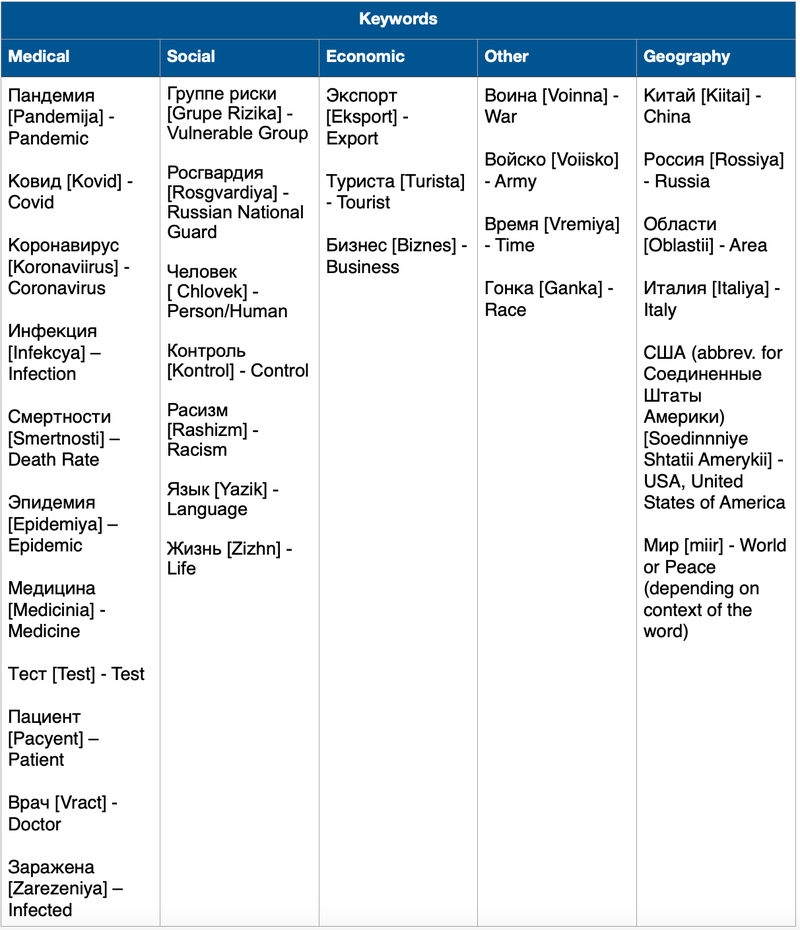 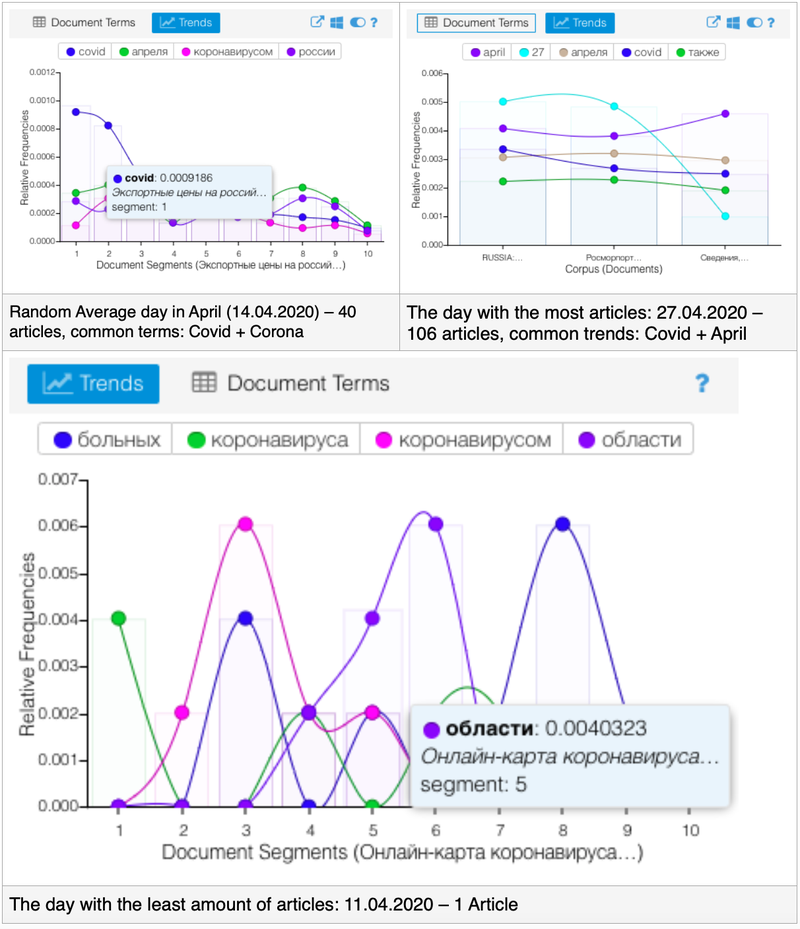 Does this close reading match findings from the distant reading? / What is its general narrative/ discourse?

These days, the articles follow the same pattern as the data mining, as my analysis shows. Most of the articles discussed the situation in Italy; in early March, the whole world followed Italy and their regression with the virus. One of the articles mentioned a press release from the Italian Embassy in Russia that recommended that all Italian citizens visiting Russia should return home immediately, contact the Embassy if they are feeling ill, or if they have not yet left for Russia to completely postpone their trip. This article came out on the same day as several Italian students living in Russia were diagnosed with Coronavirus. The analysis mentioned that discourse around Italy was extremely common in the Russian Media. March is when the discourse around the virus started changing. The general narrative in these articles surrounding Italy was full of fear and uncertainty.

On this day, the discourse was different. The media was focusing more on ‘fake news’ surrounding a cure for the Coronavirus, a possible treatment method, and how doctors are reacting to new systems for the epidemic. One article discussed a new treatment where you can use blood plasma to cure the virus. However, according to these articles, it is a dangerous method that can increase the risk of other diseases like hepatitis and HIV; the whole treatment was called a myth and sham. These articles also widely reported the deaths in Russia, and how quickly people were losing their lives to this virus. As the Pandemic grows longer, the Russian media is reporting more about the number of patients infected, deaths, false methods of treatment and how other countries are dealing with the Coronavirus.