We are grateful to the advisory group for this event:

Lucy Jenkins achieved First Class honours in English Literature and Italian at Cardiff University in 2014. Achieving a scholarship for excellence, she pursued a Master’s degree in European Studies, also at Cardiff University, and graduated with a Distinction in 2015.  Currently, Lucy is the National Coordinator for the MFL Student Mentoring Project, based at Cardiff University, and has recently taken on the role of Project Manager for Language Horizons, a DfE funded digital mentoring project for languages. Lucy is also a research assistant on an AHRC Open World Research Initiative project. Lucy is developing her expertise in pedagogical approaches to language learning both at a research and practical level. Currently working with particular interest on the interface between mentoring, learner motivation and online technology, Lucy has been instrumental in developing Language Horizons, and is looking to advance her work on engagement factors impacting upon uptake of MFLs as well as pedagogical approaches to teaching languages. 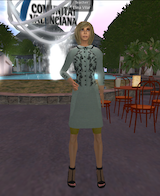 Elina Vilar is a Lecturer in Spanish Studies at Queen Mary, University of London and consultant at the University of Roehampton for the TeCoLa Project. She has trained primary and secondary language teachers in issues related to inclusive education and technology. Her drive is to make languages accessible for all regardless of background or ability and in doing that she tries to support and coach teachers in all contexts but especially disadvantaged ones. 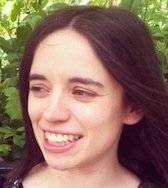 Dr Naomi Wells is a Postdoctoral Research Associate in Translingual Communities and Digital Humanities at the Institute of Modern Languages Research (School of Advanced Study, University of London) on the AHRC-funded Open World Research Initiative project ‘Cross-Language Dynamics: Reshaping Community’. Her current research focuses on digital forms of representation and communication, particularly within London’s Latin American communities. She was previously a Research Fellow on the AHRC ‘Transnationalizing Modern Languages’ project, where her work and forthcoming monograph focus on the linguistic and cultural practices of migrant and intercultural associations in the city of Bologna, Italy.

We are also grateful to various colleagues, both on the Language Acts & Worldmaking project and beyond, who offered advice.