The Diasporic Identities strand of our Language Acts and Worldmaking project was involved with Counterpoints Acts and the Open University in co-producing a week-long event, Who are we?, as part of Tate Exchange at Tate Modern London from 22 to 27 May 2018. This was a cross-platform event of artist-academic collaboration asking 'Who are we?' at a time in which migration, belonging and exclusions are the subject of intense debates.

This was a durational work, combining participatory engagement, collective-making, performance and film. The focus was on the transformative and pivotal role of language teachers as creative mediators between diverse languages and cultures. It explored the politics of language teaching in contemporary Britain and the notion of language teaching/teachers as active ‘worldmakers’ (Goodman, 1978) travelling and navigating between multiple linguistic and cultural worlds.

During the week, we invited the drop-in public to sit at a co-production table and contribute to an interpersonal exchange with language teachers alongside artists with an emphasis on sharing sayings (e.g. A stitch in time saves nine) and stories across different languages and cultures. 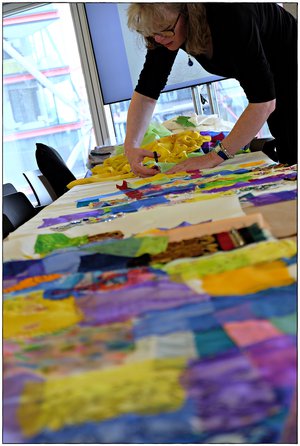 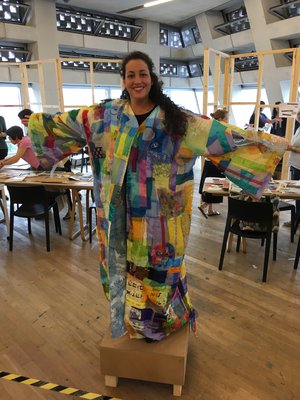