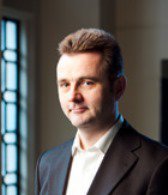 Paul is a Senior Lecturer in Digital Humanities at King's College London and has an educational background in Spanish and Spanish American studies, having also worked in journalism and teaching. In the past he has led digital research on a number of projects involving digital edition, user-generated content, innovative visualisation and digital publishing. He has been Co-Investigator, Project Manager or Technical Research Director of a number of major research projects with funding from the Andrew W. Mellon Foundation, AHRC, JISC and the Leverhulme Trust, including the AHRC-funded project, Spanish and Spanish American Theatres in Translation: A Virtual Environment for Research and Practice, better known as Out of the Wings.

He has played senior roles in various international digital humanities organisations, including most recently Humanidades Digitales Hispánicas (HDH), and has taken part in a number of Spanish-speaking digital humanities events and initiatives, including the Spanish/Portuguese language #Day of Digital Humanities events in 2013 and 2014, and the international CHARTA network for editing archival Spanish documents.

Paul leads the Digital Mediations strand, which allows him to continue his research into digitally mediated knowledge creation, global perspectives on digital scholarship and the potential interplay between modern languages and digital culture. The strand he leads will bring together Modern Languages and digital humanities researchers in examining what kinds of ‘translation’ are enacted as information enters and leaves the digital sphere, and the extent to which data, as a complex cultural product in its own right, represents a meaningful record accessible to Modern Languages research and learning. By bringing together language teachers, students and researchers with digital practitioners. Paul and colleagues will explore both how digital culture influences our relationship to modern languages, and how modern languages can help us interpret digital culture from a truly global perspective.