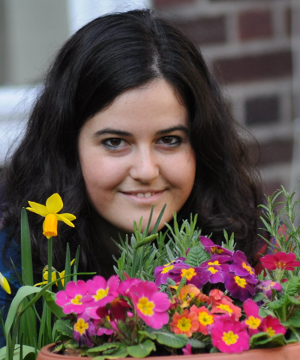 Rocío is a Lecturer in Spanish Linguistics at the University of Granada, an Affiliated Lecturer in Hispanic Linguistics at the University of Cambridge and a Visiting Research Associate at King’s College London, as part of the Loaded Meanings strand of the Language Acts and Worldmaking project. She is currently conducting research on ‘learnèd’ borrowings in the Retrato de la Loçana andaluza, one of the main linguistic resources used by Francisco Delicado to portray the language of learned characters. Her PhD thesis examined the orality of this sixteenth-century literary work. Her recent edition of the Retrato de la Loçana andaluza was published by the Modern Humanities Research Association.

She is a member of the research team of the online corpus Oralia Diacrónica del Español (University of Granada). Furthermore, she is a member of the research group LiSLaT (Linguistics in Spanish Language Teaching), co-led by lecturers from the Open University and currently investigating the teaching and learning of varieties of Spanish from the teachers’ and the students’ perspectives (including the flipped classroom). She is particularly interested in teaching innovation and has led different projects, such as teaching and learning Spanish in Second Life.

Rocío has worked as a Spanish language teacher and researcher in Spain, Norway, Poland and, mainly, in the UK (Queen Mary, University of London, London School of Economics and Political Science, University of Manchester and University College London).

Given her background and combined experience in History of the Spanish Language, Digital Humanities and the use of IT in Spanish Language Teaching, she is aiming to make a contribution to the Loaded Meanings strand by analysing ‘learnèd’ borrowings in the Retrato de la Loçana andaluza, by collaborating with the digital resource of the project and by adding teaching activities to the School and Teachers section.