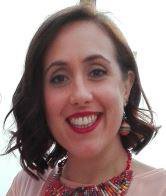 Rachel completed an interdisciplinary MA in Medieval Studies at King’s College London, where she went on to complete a doctorate in 2015. She has taught a variety of undergraduate courses in Medieval and Renaissance Spanish literature at King’s, and lectured at Queen Mary, University of London, where she was Director of the longstanding Medieval Hispanic Research Seminar. She is also a member of the Seminario de Poética Europea del Renacimiento, an international research group at the Universitat Autònoma de Barcelona, one of the project’s international partners.

Rachel’s research focuses on late medieval and early modern Spanish literary and textual culture; she is particularly interested in cross-cultural intersections and the reception of medieval literature in early modern Europe. She has won several awards for her research (Elsevier Outstanding PhD Thesis Prize, 2015; Association of Hispanists of Great Britain & Ireland Award for Most Distinguished Doctoral Thesis, 2016). Her monograph on the reception of Celestina in sixteenth-century Spain and Italy was published in October 2017 with Tamesis.

Rachel’s project for Travelling Concepts charts the vernacular reception of an Indian collection of exemplary fables originally called the Panchatantra but known in medieval Spain as Calila e Dimna, which came to Western Europe via Arabic and Hebrew. Her study looks at the translations made between the XIII and XVII centuries in Spain, Italy, and England. Being a Research Associate for Language Acts and Worldmaking not only enables her to bring together the different areas of her research expertise (the way in which the meaning of texts and culture change as they move across time and place, the multicultural spaces of medieval and early modern Iberia, and the power of language as a material force in the world); it also allows her to put into practice her interest in public engagement and her experience working between academia and the cultural and education sectors, gained through the Cultural Institute at King’s.

For more about Rachel's work in the project, see here.