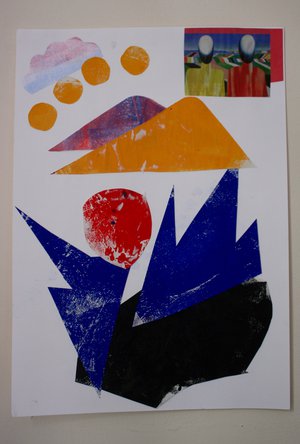 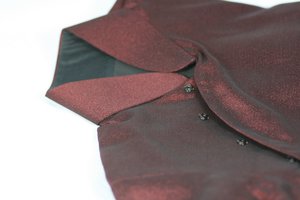 A collage depicting a dress 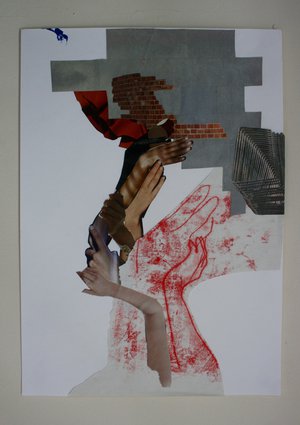 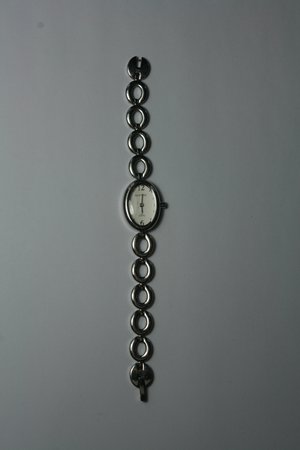 A watch portrayed by the collage above

As part of her PhD research, Denise Kwan held a series of workshops with British Chinese women exploring personal objects and the stories and art that accompany or are made from them.  Denise writes about her project below.

As a part of my PhD research entitled ‘The Talking of Objects: migratory experiences and subjectivity of British Chinese women’ at the University of Westminster, I have been using art participatory methods and art workshops to work with British Chinese women across two generations. In these art workshops, the women were asked to bring personal objects and to make artwork which explored their stories relating to these items. In this way, the women’s art making often conjured and revealed the affective dimensions of the physical object, which were not immediately apparent in its materiality.

All the women were free to bring any object of personal significance. The women’s objects were vast, some of which referenced their cultural identity while other times, they were engaged with ideas of selfhood in gendered terms. Entering the homes of these women, I was taken to garages to see enormous soya bean grinders, shown work-related clothing, small pieces of jewellery and Chinoserie Victorian playing card boxes; these are some examples plucked from an array of intimate possessions which furnished the lives of these women.

Having spent 8 months with the first generation of British Chinese women from Haringey Community Centre, the women made art in workshops on a fortnightly basis. Over the 8 months, the women engaged with mono-printing, collage making and the medium of self-portraiture. At the end, the women produced rich and visual responses where they re-imagined their migratory journeys, visualised their personal agency and sense of sisterhood amongst the group.

Whereas with the second generation of British-born Chinese women, the context of the workshop was a point of community building. Having not known each other previous to the art making, they shared their experiences of womanhood and questions of cultural identity. Over an intensive one-day workshop, the women embarked on experimental writing relating to their possessions, creative meditation and collage making.

The driving force behind the art workshops is most certainly the vibrancy of the women to experiment with art making to visualise their sense of agency and selfhood in a concrete and symbolic form. The symbolic nature of art presents the scenario where the women construct their desires, ambitions and intentions, which are always spontaneous and continually surprising. 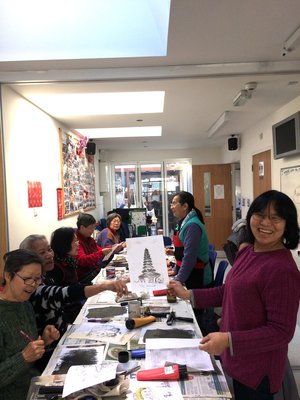 A photo from the art workshop 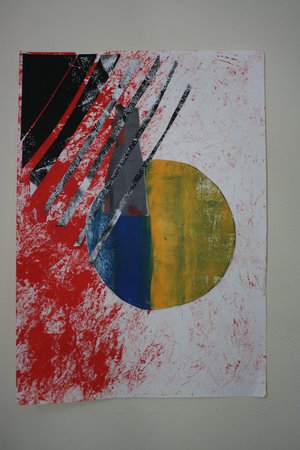 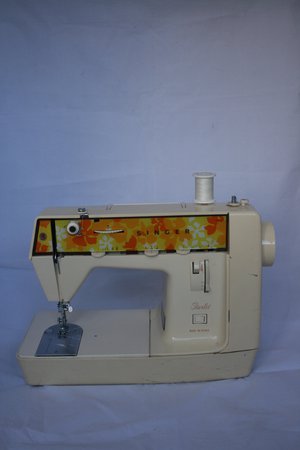 A sewing machine is shown in the collage above

During her project, Denise also wrote a blog for Language Acts. We replicate it here below.

These objects acted as a creative stimulus for the workshop activities. The art workshop is one element of a creative ethnographic method which consists of life-story interviews, art workshops and autoethnography. The use of interviews and art workshops aim to understand the experiences and the existing challenges facing British Chinese women, specifically to deepen the understanding of Chinese disaporic women beyond the binary terms of ‘submission’ and ‘model minority’. In this post, I will mainly focus on the linguistic insights that quickly surfaced in the group discussions during the art workshops with the second generation women.

Over two generations, my project involved 28 British Chinese women. Distinct differences between the two groups emerged as the project developed over the course of 8 months. For the first generation, I worked with a Women’s Group in Haringey Chinese Community Centre in London. As a group of 15 women, they are mostly from Hong Kong and, collectively, they identify themselves as ‘overseas brides’. The majority of women in the group moved as young women during the 1960s-1970s to embark on a new life, as many took up work in the catering industry. Many received a limited education and now, in their retirement years, they attend a weekly English class to improve their language and to socialise with each other. Learning English was an on-going pursuit but together they supported and encouraged the education of one another. As many were grandmothers, they expressed their concern about their ability to communicate with their English-speaking grandchildren.

In contrast, the second generation of British-born Chinese women was strikingly different. Many of the women held degrees and worked in professional jobs which is a far cry from the lives of their grandmothers and mothers, and of course, they were fluent in English. Despite their differences of occupation, class and education, it is their relationship with language that unites the two generations. While the first generation spoke of their difficulty with English, the second generation of British-born Chinese regularly referred to their limited Cantonese and Hakka. This linguist commonality was especially apparent during the second generation art workshops as it arose as an organic talking point for the group.

This became a lively discussion of language and culture as many of the women talked about a distancing with their family language, whether that was Cantonese or Hakka. One of the women commented on the intergenerational gap created through her lack of Cantonese as she explained, ‘My parents speak Cantonese and English, my grandparents only speak Cantonese and my Cantonese is pretty bad to tell you the truth. Despite going to Chinese school for many years, it’s still pretty bad. I find it hard to relate to my grandparents because we don’t really share much of a common language and I can’t ask them about their experiences in that way.’

Working with a group of women also meant that they were speaking as mothers or as women considering the prospect of having children one day. They discussed the challenges of passing on culture through language, this was especially pertinent for those women in mixed raced relationships where their partner only spoke English. This concern echoed the intersectional relationship between gender and culture as raised by Yuval-Davis (1997) who highlighted the central role that women occupy in both biologically and culturally reproducing a nation. For the women, the desire to pass on a Chinese heritage often hinged around language as it was commented, ‘I think if I have children, they won’t speak one word of Chinese because I won’t be able to teach them.’ While other women in the group who were mothers spoke of their efforts in speaking Cantonese to their children since birth but recalled a rebellion as they refused to respond as they grew up. Some women described themselves as confident Cantonese speakers but also recalled their parents’ difficulty with English and their insistence that in the home, they should only speak Cantonese.

All the women shared their experiences of language and the way it situated their feeling of Chineseness. This was especially highlighted as one woman explained her desire to take up Cantonese lessons was to feel more ‘Chinese’. To reclaim her Chinese heritage, she sought the path through language. However in advancing her Cantonese, she encountered the extent of her anglified mentality and found that while there were phrases she would like to express, these sentiments were largely bound in the English language and simultaneously entangled in its values. Ultimately she discovered that some things were difficult to translate as she stated, ‘You can speak another language but actually you can't get into the heart of being a Chinese person, unless actually you've lived in that culture, lived in that environment, spent more time with people because the semantics are so different, you know. You can say something in English but actually if you try and interpret it into Chinese, it doesn't quite translate sometimes.’ On the outset, it can appear that the two generations of British Chinese women share little common ground to one another as they differ considerably in terms of class, education and occupation. However it is through their relationship with communication, whether it is the learning of English for the first generation or Cantonese/ Hakka for the second generation, in which they find their common ground.

View the poster displayed at the Languages Memory conference about Object Stories.