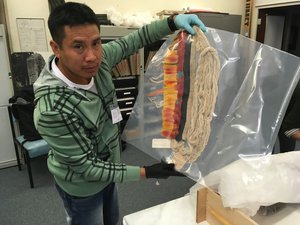 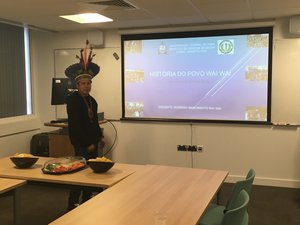 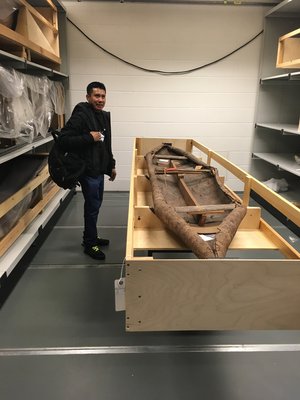 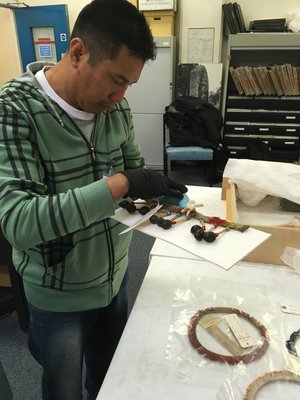 In January 2018 Rodrigo Waiwai, from the indigenous village Mapuera, in the northern part of the Brazilian Amazon, visited London to research the collections of Waiwai objects at the British Museum, and gave a talk on the history of the Waiwai taking as a departure point the first contact with the missionaries that settled in the area in the late 1940s. Rodrigo discussed the impact of the arrival of the missionaries to their ways of life, from the translation of the New Testament to Waiwai to drastic social-organisational changes that led them to abandon small villages near the headwaters of rivers to settle in bigger and more densely populated ‘mission-villages’, as well as the gradual process of de-signification of shamanistic knowledge and discontinuation of several rituals and parties.

Rodrigo also talked about the process of demarcation of the land Trobetas-Mapuera, where he lives and which was fully demarcated in 2008. Together with the neighbouring lands, called Waiwai and Waimiri-Atroari, as well as other natural reserves, they form the biggest stretch of land to be permanently protected in Brazil. The question of ownership of land is itself a western construct and the anthropological proposal was to incorporate elements of indigenous thinking into the process and to involve indigenous peoples in the demarcation. Several indigenous peoples living in this territory are isolated, nomadic and still uncontacted, therefore the importance of having long stretches of land in which they can continue to roam and live their lives undisrupted.

Rodrigo Waiwai was in conversation with Fiona Watson, Research Director at Survival International, a NGO focused on protecting the rights of indigenous peoples, with a presentation on the history of land demarcation in Brazil and current challenges; and John Burton, Founder Director of the organisation World Land Trust.

The talk was organised by Cinthya Lana who worked with Rodrigo, other indigenous leaders and anthropologist Ruben Caixeta de Queiroz, from the Federal University of Minas Gerais, in the demarcation of the indigenous land Trombetas-Mapuera. Cinthya is also a PhD candidate at King’s College London, with a thesis on the representation of Amazonian indigenous peoples in art and anthropological exhibitions.