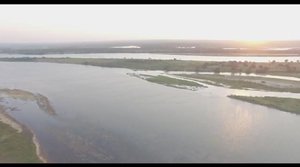 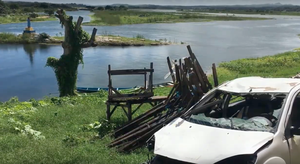 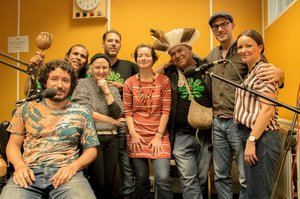 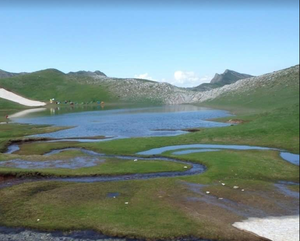 The birth of the Acheloos River, Pindus Mountains, Greece 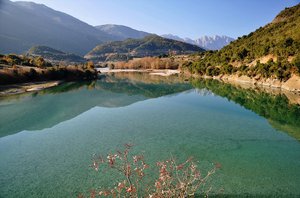 The River Acheloos, in Northern Greece 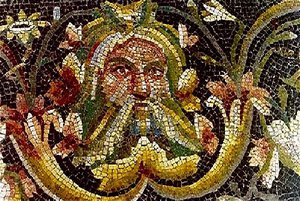 Acheloos the River God, detail of Roman mosaic from Zeugma

This project, led by Dr Nicholas Salazar Sutil, explores the 'personhood' of rivers, and how, through digital art and drawing on indigenous practices, we can imagine a 'parliament of nature'. Nicolas writes about the project below.

The title of this investigation comes from the earliest known work of English literature, the Parlement of Fouls, written by Geoffrey Chaucer around 1343. The poem follows the allegorical figure of Mother Nature, who oversees a parliament of birds discussing the ‘common good’.

In recent years, the question of how to protect nature by law and in constitutional terms, has thrown up new paradigms. Who, other than a human being, can be represented in court, and what is the common good that legal and constitutional justice must uphold? Is the common good only understood in narrow anthropocentric terms?  New templates for what constitutes a right, in court and constitutionally, have led to a global movement pushing for the declaration of the Universal Rights of Nature, partly based on the Human Rights charter.

At the heart of this movement, is the idea that Nature is a living system, and that it can be personified. As such, when the person that is Mother Nature has had her rights violated (for instance through environmental destruction or ecocide), nonhuman persons must speak up in legal terms, within legal, parliamentary and international forms of justice.

In 2008, drawing on the indigenous perspective of the Buen Vivir and Pachamamismo, which is the belief in the living personhood of Mother Earth, Nature was for the first time represented in a written Constitution, and a governmental framework for law and curricular education, in Ecuador. The Montessori Constitution set a precedent for the personification of Nature, and its legal representation in tribunals, parliamentary cases, and mock trials around the world, initiating the Rights of Nature movement.

This effort has been especially fruitful in defending the rights of rivers.

Over the course of this project, we have conducted work in two rivers. We want to know how the river speaks to us as living entity, and how we may pay more attention to the river’s ‘speech’ in the form of sound, rhythm, cadence, colour, speed. One of the rivers we have explored over the course of this investigation is the São Francisco or Opara River, whose spiritual and cultural personhood is central to the song and storytelling traditions of indigenous peoples, not to mention the reconstruction of indigenous language through toponymy, in Northeast Brazil. Inspired by cultural exchanges we have had with members of the Kariri-Xocó and Pankararu tribes in the Opara River, we are now conducting follow-on work in the Acheloos River in Greece.

There is a significance to this river dialogue. Much like the Opara in local indigenous myths, the Acheloos River is a mythical ancient God. He was allegorized in Ancient Greece as the Son of Oceanos, and as a God of Rivers. The mythological tradition was preserved in Roman literature, and it was also referenced by Elizabethan authors, including Shakespeare.

The Acheloos River Diversion Project, sponsored by the Ministry of Environment, Regional Planning and Public Works, with support from the Greek DEH building running the national hydroelectric scheme, have been trying to divert this river for the development of cotton agriculture in Thessaly. The plans involve deviating the river via a tunnel from the Ionian to Aegean Sea, which would have massive environmental consequences. Following protests, formal complaints, petitions and questions raised at the Greek and European Parliament, the European Commission decided in 2018 to rule against the deviation of the Acheloos. The Acheloos was the first European river to stand trial in the Court of Justice of the European Union (ECJ), in Luxembourg, as personified legal entity.

Over the course of this project, we have conducted art research into the personhood of rivers, with a view to celebrating through creative practice, the way Nature Speaks. We are exploring ways in which digital art, bypassing conventional language, can help us imagine a ‘parliament of nature’. Human systems of political and legal representation have no language for Nature, but drawing on creative and indigenous perspectives, this narrow Eurocentric lens is slowly changing.

To learn more about this project, you can listen to a radio program we conducted on Resonance FM called River Dialogues, with indigenous collaborators from the River Opara.

In June 2019, we will be producing a work of audio-immersive performance, also supported by the Ignite Fund (Cultural Institute, Leeds), and the London-based production company Almost Tangible.